“Religious freedom is our first liberty, yet it is under attack like never before.

Whether this war has invaded your private world or not, it is at your front door. And it is only a matter of time before it enters your home. There are overt governmental forces within certain political parties that desire to silence our faith in the public square and strip away our God-ordained rights to live out our Christian convictions.

It breaks my heart to know that America has strayed so far from its rich religious beginnings. But hope remains when God’s people show up.”

Critical Issue #6 The Judical System -Will be posted separately

Critical Issue #7 The Nation on Israel -Will be posted separately

“With all respect, the national election isn’t about you. It certainly isn’t about me. It is about our kids and grandkids. It is about those who are yet to come, if they are allowed to live. This vote has awesome implications for future generations and the nation we love. It is about our Constitution and the immutable, God-given rights it protects. It is about values, and truth, and greatness, and hope. That is why the notion of choosing a president based on frivolous personality characteristics, such as style or rhetoric, misses the mark.

This election is for all the marbles… the next Chief Executive, the House of Representatives, the Senate, and the Supreme Court. Together, they set the agenda for this country.

If you love America and don’t want it to be “fundamentally transformed,” as Barrack Obama proposed, it is time to do three things:

1. Pray like never before that God will spare this great nation from tyranny and oppression of religious liberty.

2. Volunteer to help your candidates.

3. Vote for the candidates who will best uphold your values and convictions.”

If you’re an American citizen that doesn’t exercise your right to vote, you are part of the problem. In my opinion if you don’t vote, you lose the right to comment on or complain about the outcome.

If you live outside the US, I covet your prayers for the election & the unrest in our land.

Stay tuned as more of these discussions are released. 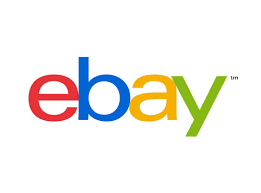 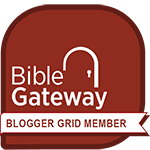 Got tired of the shedding & chopped my hair off yesterday
Let's do this!!
You are appreciated!

A Christian author helping people come to Jesus, helping people understand the Bible, ministering to a lost and hurting world, and speaking truth to power.

Before I Forget: Sharing my love for God, family, gardens and my sweet Momma

As long as there's breath, there will always be HOPE because nothing is pre-written and nothing cannot be re-written!

Praise 2 Worship exists to encourage anyone who longs to enter deeply into worship and an understanding of what it means to give Jesus all our praise.

Fresh Inspiration for a Loving Generation

God offers you a resting place in His luxurious love. An Oasis awaits in Jesus!

To share the Word of God with all people

I'm Patty, and my husband and I are living with our adult son who has autism and epilepsy. I love sharing lessons learned from life around me, especially life with Aaron.

My life as a black, disabled teenager

A Minute with Melissa

A Small Girl with a Big God

Maritza Molis...Helping Parents to Stress Less when Parenting a child with autism

DIARIES OF A POET

This is a blog about day to day experiences one faces yet centering Christ Jesus.

Your path through the impossible...

When Your Marriage Is Worth Fighting For

Putting Words Around the Unfolding

Living and Writing for God’s Purpose

Our Hope In God. Love is patient, love is kind.

Cats and Trails and Garden Tales

Drinking deeply of the Living Word

Beautifully Broken Into Me

Psalms 18:2 (KJV) The LORD is my rock, and my fortress, and my deliverer; my God, my strength, in whom I will trust; my buckler, and the horn of my salvation, and my high tower.

Writing for the Joy