Matriarchs of Our Faith – Part V

WHY DID REBEKAH DECEIVE HER HUSBAND? (GEN 27)

This week we are going to switch gears and focus on Rebekah. Of all the stories about the “horrible women of Genesis”, this one is on the top of the cake in bright red frosting. Rebekah does a horrible sin – she orchestrates the ultimate lie between father and son – and gets away with it! It is this story that leaves a horrible taste in everyone’s mouth. Jacob stole his brother’s blessing from his sickly father. What underhanded horribleness!

The story goes as follows: Esau and Jacob are twins, children of Isaac and Rebekah, although Esau is the first-born of the two. So when Isaac is old and near death he tells Esau to go out into the wilderness to hunt game and prepare a feast for him. At this feast, Isaac will bless Esau. (Blessing are a big deal in the ancient world – they have the power to make or break a people).

Rebekah hears Isaac making this plan with Esau (it wouldn’t be a secret to overhear – everyone would have heard), so while Esau is gone hunting for the feast, Rebekah tells Jacob to kill two goats from their flock as she is preparing them for the meal while Jacob disguises himself as his brother Esau and goes in Esau’s place. Since Isaac is blind, Isaac will give the blessing to the wrong son. All this comes to pass. Lo and behold! after the blessing is given, Esau shows up but it’s too late. Jacob has been blessed instead.

This is normally where people talk about how horrible Rebekah was – how she was a horrible wife who lied to her husband. But this is highly unfair to both the culture of the time, and to the biblical text itself. So let’s jump in! Before we even get to the text, let’s look at the culture of the ancient world.

Remember how we discussed the matriarchy last week? (Read previous post). I left out how the matriarchy affects inheritance. But it’s important to discuss it here. It is a fairly common biblical “fact” that the first-born son is the one who inherits in Ancient Judaism. We hear this all the time – from the pulpit to academia. But why do we say this when the Bible seems to display the exact opposite?

I know what you are thinking, “What are you talking about? There are laws about inheritance in Leviticus!” And to that, I would answer, “Yes, there are!” Yet those laws don’t seem to be followed unto the reign of King David. Are you ready to have your mind blown? Let’s look at all the last-born children of the Bible who inherit over their first-born brothers.

KING DAVID, THE YOUNGEST SON OF JESSE, INHERITS A KINGSHIP OVER HIS SIX OLDER BROTHERS.

SOLOMON, DAVID’S YOUNGEST SON (DEPENDING ON THE TRADITION -AND EVEN IF HE ISN’T, HE IS DEFINITELY NOT THE OLDEST) INHERITS OVER ALL DAVID’S OTHER SONS.

All the sudden, the first-born law doesn’t look so convincing anymore. . . it is only once the monarchy takes shape that the oldest son really becomes important in Jewish Law . . .

Why is this? I would like to propose an answer. Remember how last week I talked about how fathers would be near death by the time their eldest child is becoming a teenager? I propose that the oldest children have the best relationship with their father because they would have a relationship and a memory with him. Meanwhile, the youngest children were closer to their mother because they had no relationship and no memory of their father (see previous post). Therefore, in practice, it was the youngest children who would inherit from their mother who was alive to oversee the giving of the inheritance – because this was both an issue of the patriarchy and the matriarchy. Therefore, fathers would pass a blessing to their oldest children while women would have favored the youngest. This then creates a culture of first-born vs. last-born that starts to develop. (Abram favors Ishmael, so Sarah sends him away from camp – take note: not out of Abram’s life, just away from camp).

Now let’s go back to the text. First I want to start with Genesis 25:23. Rebekah is told when she is pregnant that two nations are within her womb – and that the older will serve the younger. So right away, Rebekah is told by the LORD who will be greater. Knowing this, Rebekah will make sure that what the Lord says comes to pass.

Then in verse 27, we see this verse: “When the boys grew up, Esau was a skillful hunter, a man of the field, while Jacob was a quiet man, “dwelling in tents.” From his verse, I have heard in Christian scholasticism that Esau was a “man’s man” while Jacob was a “mama’s boy”. But I think this comes from a mixture of a poor translation and modern ideas on the text.

Instead, here is the translation I offer, “And the young men became great. And it so happened that Esau was a man who knew game, a man of the field. ּBut Jacob was a man of integrity, one who “dwelled in tents”.

What I see is Esau, a wild man (similar to how Ishmael is portrayed) does his own thing away from camp life.  Being a “man of the field” is not a compliment. The Bible uses the phrase “beasts of the field” against the domesticated language of “flocks”. To be “of the field” detonates some sort of chaos over God’s ordering. We also know that he married Hittite women against his mother-matriarch’s will. That’s a big problem since it’s the women who pass on a religious lifestyle to their children.

Meanwhile, the text says that Jacob has integrity. The word used (תם/complete) is never translated as “quiet” anywhere else in scripture. So why do so here? Because somewhere in scholasticism we started looking at Jacob like a trickster instead of as an upright man. I think Jacob “dwells in tents” because he is preparing for his role as patriarch – something Rebekah was grooming him for. Therefore, he isn’t hunting game like his brother. He is out with the flocks and “in tents” (AKA: answering to the people along with his mother – and maybe father depending on how sick Isaac is in his old age).

So when Isaac, near his deathbed, wants to give a blessing to Esau, Rebekah steps in and displays compassion on her sick, blind husband. Notice she doesn’t barge into his tent to tell him that he is wrong to give the blessing to a son who is not ready to lead. Notice that she doesn’t complain to Isaac. Instead, she lets her patriarch-husband do what he should do in his position and give a blessing to his son. She is being a good matriarch and letting the process go forward. But she will do what she needs to do to make sure that the right son is given the blessing. Therefore, she is protecting the family and clan.

Now let’s look into another lie we have been lead to believe in the text. For some reason, we look at this text and think that this blessing is between Isaac and Esau and no one else – as if no one else in the camp would be involved in this rite of passage. That’s ridiculous! This is not simply a rite of passage between a father and son. This is a rite of passage for the entire clan.

Everyone at the camp is interested in this outcome because it’s the beginning of the future.

So when Rebekah puts forth this plan, many people are aware of it. The women preparing the meal know what is about to take place – after all, Esau is still in the wilderness, yet they are cooking meat that Jacob brought in! There are servants serving the food who can see with their own eyes that Jacob is dressing up and acting like Esau! There are tons of people who would be aware of this deception – this blessing isn’t taking place behind closed doors.

Anyone could have told Isaac it was Jacob and not Esau standing in front of him. But no one did.

Why? Because they must have seen what was taking place as legitimate. They must have supported Rebekah enough not to say anything to Isaac.

I do want to point out though the seriousness of this decision that Rebekah is making – it’s not something to be taken lightly. Words have power and once given they cannot be taken back. Therefore,  she will not go through with this without consequences- but she thinks they are worth it.

The text implies that Jacob tells his mother Rebekah that he won’t do this to his father because he will incur a curse by participating. But Rebekah tells him that she will take the curse in his place. And she does! Jacob’s life is in jeopardy after this point! Rebekah tells him to flee to her brother, Laban. And for the rest of Rebekah’s life, she lives with her eldest son who becomes the patriarch of Isaac’s camp and he did not follow in the ways of the LORD with his Hittite wives. She never sees Jacob again. This is why Rebekah laments her life in 27:46 – because she is utterly abandoned because of the choice that she made. But she finds it worth it. Now, her youngest son, Jacob will remember her and he will marry women that she approves of. And ultimately, Jacob does gain his father’s blessing, because twenty years later he inherits much of Laban’s camp (through his wives) and comes back to the land of Esau where he will create the land of Israel.

So why did Rebekah deceive her husband? Because she was doing what she thought was best for her clan – and passed the patriarchy unto her youngest in a way that honored the current patriarch – her husband.  She knew that a good patriarch should receive a blessing from his father. So she made it happen – but she made sure it went to the right son – the son who was ready for it.

Poor Ms. Allison, nobody wanted to take a picture with her today. 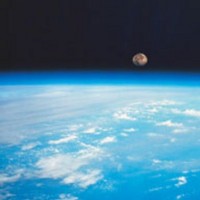 Beyond the Zone: God and The Spiritual Journey

Another "dimension of Being: Thoughts on/along the "spiritual journey", the nature of God and so on.

Fire up your faith, with the BerryBunch: for free, for all! This is who we are! This is what we do!

Editing your life to make more room for Christ.

Following the world of cupcakes