At the end of July Connie and I took a road trip to Cincinnati.  She only stayed a couple of days but I hung around for an extra week and took an early morning flight back to Chicago. This doesn’t include all of our “meals”, but it does give you an idea of what epicurean delights are available in that part of the world.

Instead of stopping for dinner, my co-pilot picked up fried rice for us.  I had shrimp in mine & she had ham.

Being a longtime hub of vendors selling meat, produce & other local foods, with a seasonal farmers’ market and local artisans, Findley Market is always worth the trip.

Skyline Chili is like nothing you have ever eaten before.  There are some that say the secret is chocolate.  But having made Cincinnati style Chili from scratch, I can tell you, there’s no chocolate in it. It is heavy on cinnamon & Other spices though. I had a child size 3-Way (spaghetti, chili & sharp cheddar) and a cheese coney (small hot dog with mustard, onion, chili & sharp cheddar).  Connie had the child size 5-Way (same a 3-Way plus beans & onion)

This is hands-down the best ice cream I have ever eaten.  And it’s because they use the french pot process to create their amazing flavors. In fact, Graeter’s is the last small batch ice cream maker still using  this time-honored process. They make their ice cream 2½ gallons at a time and everything is handpacked. My favorite flavor is raspberry chocolate chunk with mocha chocolate chuck being a close second.

This is one of my favorite zoos.  I have included some animal pics & the obligatory hot pretzel.

I’m not sure what I like better the pizza, steak hoagie or baked royal.

The specialty is unique breakfast/lunch items including a pancake of the month.  This month’s flavor was peach (my mom & Larry had those).  I had the Monte Cristo Crepes. So yummy!

This place is know for “farm style cookin'” so what better to have for lunch during our work day at Clear Creek Farm. Summer Berry Salads with grilled chicken were the choice of the day.

I also did some cooking/baking while I was there. The goal was to make extra so that Mom & Larry would be able to freeze most of it to have later.

Everything here is made in-house including the wine & beer. Every dish comes with a recommended wine pairing. The best part of the night was spending it with friends from high school. We hadn’t all been together since we graduated 38 years ago.

I had the Drunken Shrimp appetizer (bacon wrapped shrimp in a tequila lime butter on chunky guacamole) with a glass of moscato.

I went to spend the afternoon with my cousin Tim. The first stop was lunch. The Phò was wonderful.

After lunch we went to Cincinnati Museum Center (formerly Union Terminal) and saw the Holocaust Exhibit. It was very moving!

Sandee and I were each other’s maid/matron of honor (1988 & 1994) but life got in the way and we haven’t seen each other much in the last 25 years or so. Fortunately, Tano Bistro was not very busy so while we leisurely enjoyed our Bistro Agave Burgers* and a glass of wine, we talked about our jobs, our kids & our husbands. It was just like old times! The weather was perfect for dining on the roof top patio. 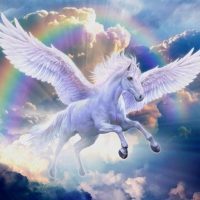 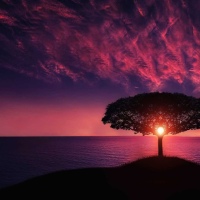 Biblical Encouragement Along The Paths Of Life

Finding Peace and Purpose in the Storms of Life

From the Inside Out

...walking in His Grace