The following was originally published by Good Housekeeping

You see them every year. But do you know what they represent?

As Memorial Day approaches, red poppies begin to make their annual appearance: You might see them pinned on lapels or hanging from rearview mirrors. These poppies, often made of fabric or crepe paper, symbolize more than a fundraising effort to support our country’s veterans: They honor and memorialize fallen soldiers. The red poppy officially became the national emblem of remembrance in 1920 – but the resilient little flower’s roots run deep, all the way back to the battlefields of World War I, where it grew in the unlikeliest of places.

Despite their beautiful flowers, poppies are technically classified as weeds. They’re resilient little plants, growing in even the most inhospitable landscapes — such as the desolate battlefields of Belgium. Even though the landscapes were left devastated, red poppies would spring from the wreckage come spring, like tiny beacons of hope.

According to the History Channel, Lieutenant Colonel John McCrae was particularly moved by the red flowers he saw popping up all over the European battlefields after the human conflicts had quieted. He noticed a cluster of poppies in Flanders Field in Belgium that spring, where he was serving as a brigade surgeon for an Allied artillery unit. Soon after, a huge battle tore through the area, killing 87,000 allied soldiers, including one of McCrae’s closest friends.

Overcome with sorrow, he wrote the poem “In Flanders Field” to channel his grief. Told from the perspective of the fallen soldiers buried beneath the poppies, it honored the troops who died:

“In Flanders Fields” by John McCrae

In Flanders fields the poppies blow
Between the crosses, row on row,
That mark our place; and in the sky
The larks, still bravely singing, fly
Scarce heard amid the guns below.
Advertisement – Continue Reading Belownull

We are the Dead. Short days ago
We lived, felt dawn, saw sunset glow,
Loved and were loved, and now we lie
In Flanders fields.

Take up our quarrel with the foe:
To you from failing hands we throw
The torch; be yours to hold it high.
If ye break faith with us who die
We shall not sleep, though poppies grow
In Flanders fields.

In the U.S., a professor made them a memorial

McCrae’s poem, published in London’s Punch magazine in December 1915, became an instant success. It was read at countless memorial services, used in efforts to recruit soldiers and reprinted in countless publications, including Ladies Home Journal. This is where Moina Michael, a professor at the University of Georgia, first came across “In Flanders Field.” Unable to get it out of her mind, she vowed to always wear a red poppy in remembrance of those who were lost at Flanders Field.

Michael found her first fabric poppies at a department store, where she bought a handful for herself and her colleagues. After the war had ended, she decided to craft and sell red silk poppies to raise money for the returning veterans. She also lobbied to make the red poppy a national memorial symbol. In 1920, she convinced Georgia’s chapter of the American Legion to adopt the poppy. Soon after, the National American Legion followed suit and the little red flower officially became the U.S. national emblem of remembrance on September 27, 1920.

When to wear them depends on where you live

Around the world, the poppy has become a symbol of the soldiers lost during World War I. But the timing differs slightly between the nations who recognize it. In the United Kingdom, Canada, France, Belgium, Australia and New Zealand, observers wear the red flowers on Nov. 11 to commemorate the anniversary of the 1918 armistice, called Remembrance Day. The holiday has expanded to remember the lost soldiers from other conflicts since WWI as well, and often also includes a moment of silence to recall the memories of those who are no longer with us, Britannica explains. It may also feature memorial services, speeches by public officials, and other solemn recognitions, at which you’ll often see the red flowers grace the lapels of participants.

In the United States, however, the tradition has unfolded differently. We don’t typically wear poppies on Veterans Day, since that day is set aside to honor all living veterans. Instead, we don the red poppy on Memorial Day to honor the men and women who have died fighting for our country. But don’t wait until May 28 to pin your poppy to your chest. National Poppy Day falls on the Friday before Memorial Day each year, when you can support veterans’ services in addition to remembering the lost.

As part of the VFW’s Buddy Poppy program, volunteers hand out red poppies in exchange for donations to support the country’s veterans and their families. Disabled and otherwise needy veterans assemble the flowers, and receive financial compensation for their efforts. The VFW Buddy Poppy program also provides financial aid for state and national veterans’ rehabilitation and service programs, as well as partially supporting the VFW National Home For Children. So this year, spare a thought for those we’ve lost while helping out veterans’ families by adding a poppy pinned to your Memorial Day attire. 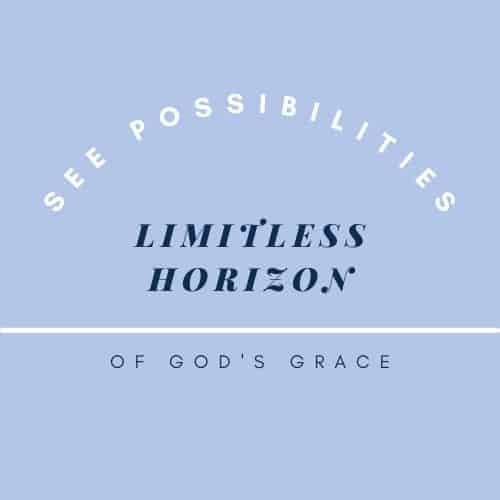 You're most welcome here!

A Mind Free To Think

Encouraging and Empowering Women In Christ